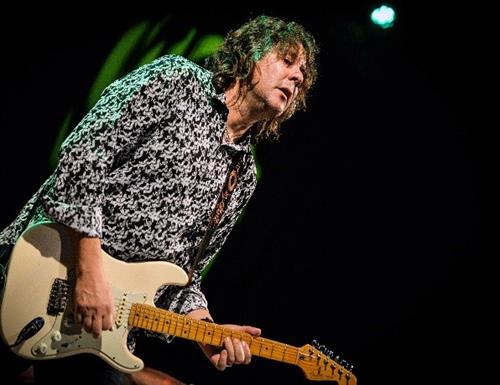 In November 2016 the Sanibel-Captiva Optimists Club pioneered a new fund raising event – Sanibel Blues and Jazz Fest.  Again in 2017 and 2018, and now in 2019, the Fest features outstanding, award winning musicians playing to a crowd of hundreds. Past Fests were a huge success and provided funding for the Optimists’ many charitable endeavors including their six college scholarships and Sanibel Recreation Center summer programs for kids.
This year’s Festival will again be held at the Bailey’s Center in the Back Yard (corner of Periwinkle Way and Tarpon Bay Road, Sanibel).  The festival begins at Noon and ends at 7 PM.  The Sunday, November 3, 2019 Headliners are another outstanding group of musicians, some from past years and some new.
Doors open at Noon
In order of appearance (times approximate):

1 PM - JOHNNY JENSEN - Local Captiva Talent - began drumming at the tender age of four. Young Jensen, a Sanibel/Captiva native, discovered the guitar several years ago and counts Stevie Ray Vaughn and Eric Clapton among his musical influences. He practices his craft locally at his family’s Captiva resort and at Fort Myers Music Walk, held monthly in the city’s historic river district.  In 2017 Johnny was the opening act for this Festival and later played with headliners Elvin Bishop and Matt Schofield, both Hall of Famers.

2 PM - MARTY STOKES BAND –Back again to the Sanibel Blues & Jazz Fest, and performing in
clubs & festivals around Florida, this band won the IBC (International Blues Competition) trip to
Memphis held in 2017, and is also a four time winner of the Peoples' Choice Award, sponsored
by the Southwest Florida Blues Society with standing room only audiences.  Additionally, Marty
has produced four CDs of original blues, and the latest ‘Down On My Knees’ has received strong international blues reviews.

3:30 PM - SEAN CHAMBERS – is an American blues rock singer, guitarist, and songwriter. He has released seven albums since 1998, with the most recent, Trouble & Whiskey (2017) and Welcome to My Blues (2018), appearing in the US Billboard Blues Albums Chart. His main guitar playing influences are the work of Jimi Hendrix and Stevie Ray Vaughan. .Chambers was born on the Gulf coast of Florida, UK's Guitarist magazine cited Chambers as “one of the top 50 blues guitarists of the last century.”

5 PM - MATT SCHOFIELD - the widely acclaimed British Guitar Virtuoso and British Blues Hall of Famer, regarded as one of the most innovative guitarists to have emerged in generations. Matt Schofield holds a British passport and is an inductee of the British Blues Hall of Fame.  Newspapers have described him as the best Blues guitarist from any country in decades and have rated him in the top ten British blues guitarists of all time ranked with Clapton and Peter Green.  Back again from 2016 and 2017 by popular acclaim, Matt is our headliner and will wow us once more!

Ticket donations are reduced this year to $20 for General Admission and $100 for VIP Admission.  Tickets are limited so be sure to purchase them soon online at  “eventbrite Sanibel Blues & Jazz Festival” or on Sanibel directly at Bailey’s General Store, the Sanibel-Captiva Community Bank, George and Wendy’s Seafood Grill, and at the Festival entrance.
VIP Admissions include reserved seating, VIP ticket holder reserved parking, a Festival T-shirt, meet the bands, free raw bar, champagne bar, food, and beverages.
General Admission participants are reminded to bring their own seats.  Fine food and a range of beverages, including beer and wine, will be available for purchase.  As a result, no food or beverages may be brought into the grounds by attendees.
On-island parking will be available, details upcoming. Special Valet Bicycle Parking is offered directly at the Festival grounds.
More information is available on Facebook (https://www.facebook.com/SanibelBluesandJazzFestival/ ) and on the website (sancapoptimist.org).